What is Rapé (Shamanic Snuff)?

Rapé is a diverse group of nasal snuffs prepared by the indigenous of South America; it is an integral part of tribal life and has a long history of use amongst the native peoples of the Amazon.

Making Rápé involves various ingredients, including dried plants, vines and seeds, the ashes of different tree barks, flowers, and sometimes even the dried venom of the Kambô frog. You may hear people refer to rapé as "hapeh" or "rapeh," but these are other words for the same thing.

Almost all Brazilian rapé contains the leaves of the tobacco plant (Nicotiana tabacum), whereas, in Peru, the much stronger Mapacho (Nicotiana rústica) is more usual. Most rapés contain some form of tobacco, and therefore, they contain nicotine. One notable exception is Apurinā Awiry rapé which is tobacco free.

The contextual use of rapé

The Native tribes of South America use herbs like tobacco and native plants for more than pleasure. They consider them vital medicines too. During a visit to the Katukina tribe, they shared that "when one person is sick, we consider everyone sick." Therefore, the community's responsibility is to ensure their sick relation receives treatment and is made well. Rapé, tobacco, kambô, and ayahuasca are the popular medicines used for healing by the tribes.

How is rapé created?

The ingredients for rapé are gathered, cut into small pieces, and dried in sunlight. Due to high humidity and the rainy season, this can prove difficult and make rapé production somewhat seasonal in the Amazon. Each formula uses unique elements and may be tailored to just one tribe. Therefore, the various rapés vary in their applications and effects. 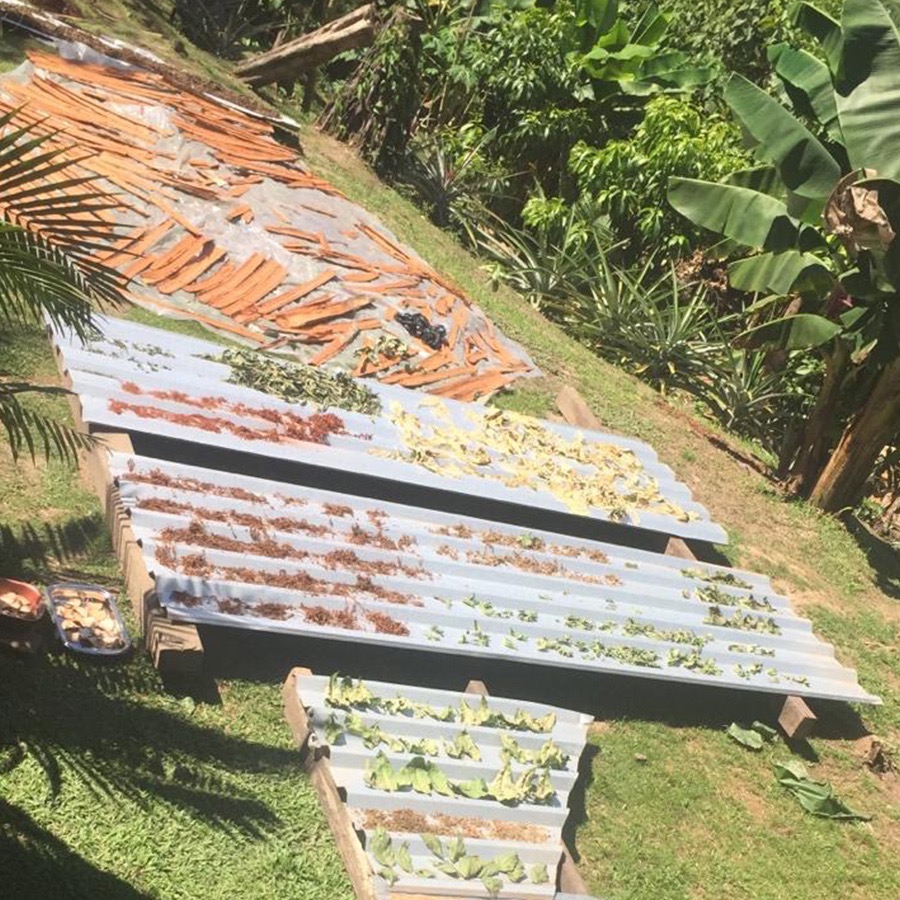 Herbs drying in the sun at the Katukina

Herbs being ground at the Katukina

The ingredients are ground, sieved, and reground until they become the right consistency. This process is labor-intensive and takes much time. The production of rapé is often done as a group activity and is usually a joyous occasion.

What are the benefits of using rapé?

There are both general and specific benefits to using different types of rapé. Rápé will generally relax the body and improve the clarity of mind while strengthening concentration. It will also help you become more aware of yourself and others. Being more mindful means you're more likely to be able to see yourself and others better, which often leads to personal and spiritual growth.

There are many different kinds of rapé, so they have varying benefits. Here are some examples from our customers:

"Yawanawá Força Feminina rapé helps me to clear stress and anxiety."
"Kuntanawa Louro rapé is effective in relieving my pain."
"Within four days of taking rapé, I felt a sense of well-being and peace previously unknown."
"With Katukina Jurema I can now sense my spirit guides."

The amount of rapé taken can also alter the effects; for instance, rapé taken to cleanse the mind and body of blocks called "panemas" requires consuming a more significant amount. Larger amounts of rapé often cause sweating, vomiting and induce an overall cleansing.

How is rapé taken or given?

A V-shaped pipe called a "Kuripe" is used to take rapé; this pipe fits both in the mouth and one nostril and delivers rapé to sinuses when blown. The kind of blow may change the effect of the rapé; for instance, the Katukina talk about the "Turtle" blow, a very long and gentle delivery, vs. the "Hummingbird" blow, which is short, sharp, and very strong. There is also the "deer," which is somewhere between.

When giving rapé to another, an elongated pipe called a "Tepi" is required. The person giving the rapé inserts the Tepi into the nostril of the person receiving it and delivers it with a blow. Again different factors come into play; the type of rapé, the strength of the delivery, and the person giving it may all dramatically affect the results. I once received a Hummingbird blow from a Katukina Shaman and violently vomited for half an hour. 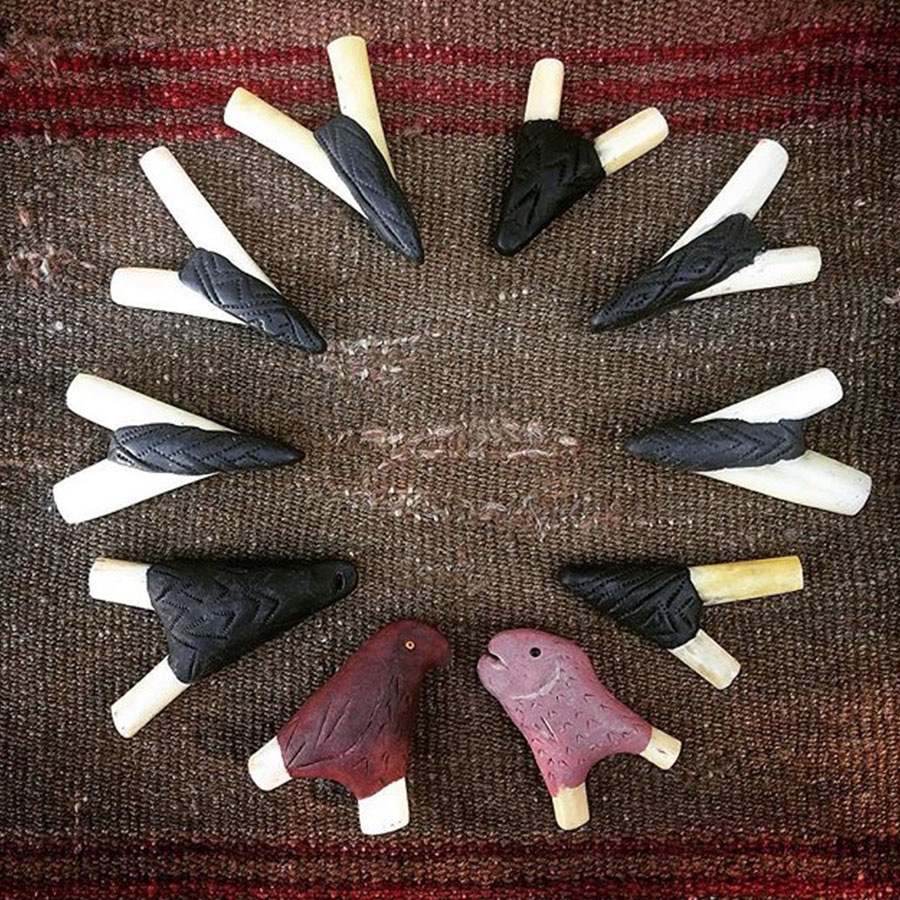 Various Yawanawá Kuripes made of bone 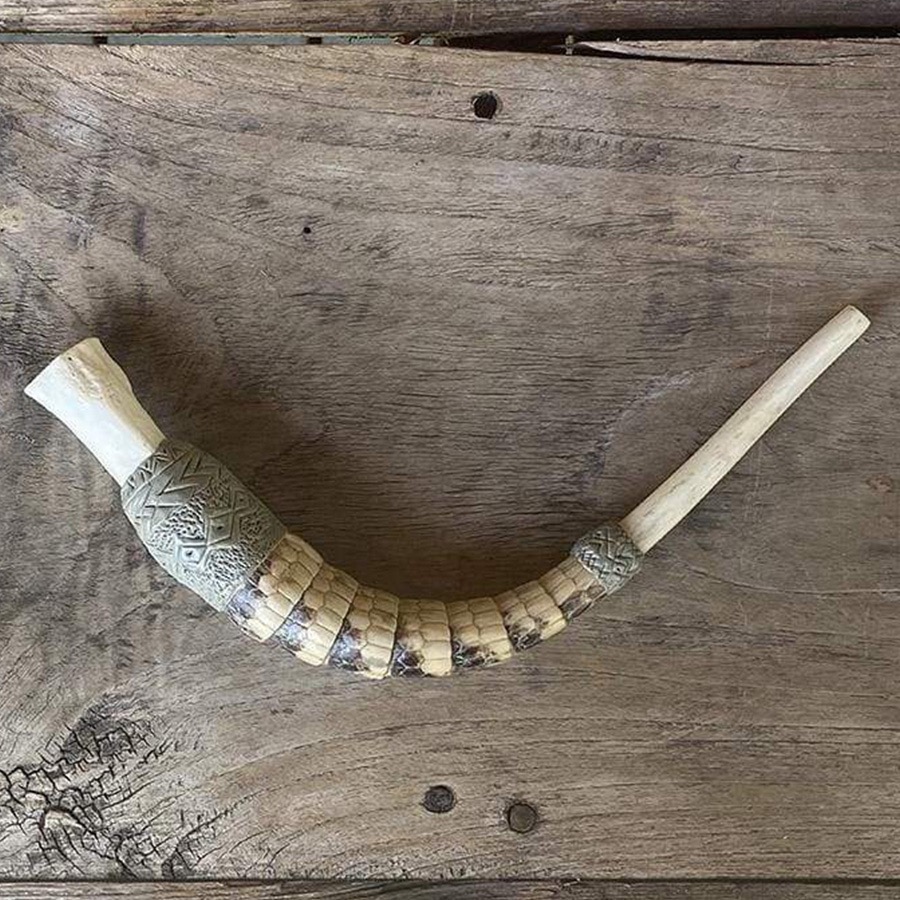 A rare Yawanawá Tipi made of Armadilo

There is most definitely an energetic aspect to these kinds of deliveries but not one which is easily quantified. Therefore, it is essential to consider who delivers your rapé, where we take it, and why.

Kuripes and Tepis are generally handmade within the tribe from bamboo or animal bones. Often the bones are from an animal hunted for food, which adds to the usefulness of each kill. 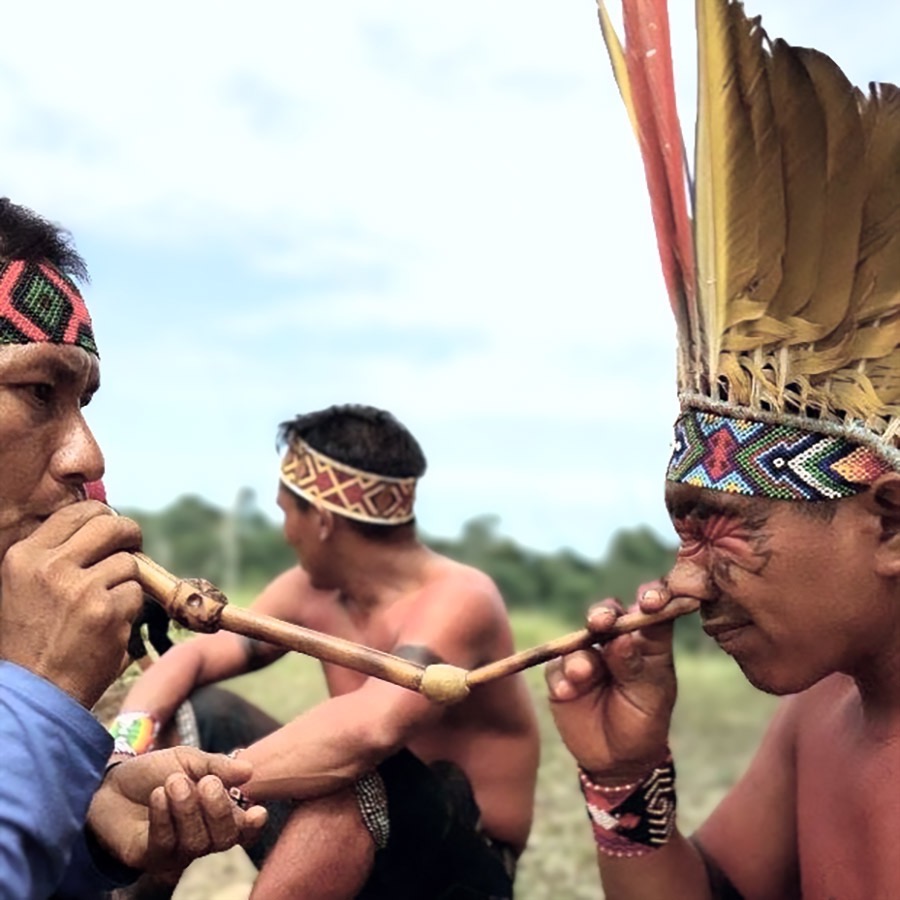 Rapé being delivered with a Tipi pipe

Katukina Paricá has been an ally in sharpening my intuition and clearing out my mental clutter; this helps me settle into deep meditation with ease. Since my first order of Paricá, the consistency has been great! I appreciate the quality of the rapés you supply.

Shamanic Supply offers numerous divine rapés, many of which I have tried. My current favorite is Kaxinawá Seven herbs which I find powerful and expansive. I also love Katukina Sananga rapé which is great for clarity and enhanced inner vision.

Yawanawá Tsunu Forte is my favorite strong rapé; it is excellent for clearing and grounding. Tsunu Forte brings me back into the moment; I love it!

I have been working with rapé for over two years, and it has been central to my ascension process. Katukina Jurema has had a positive impact on my meditation time. Kuntanawa Tipi has helped clear many sub-conscious blocks. Kuntanawa Mukaraka has helped with intimacy and raising my kundalini during sex.

Katukina Jurema is the rapé I love using during inner work and in combination with other plant medicines. It has helped me establish a closer and stronger connection with the spirit world; I can now sense my spirit guides love frequency in the present moment.

Katukina Chica rapé is my absolute favorite with its well-balanced and spicy-sweet taste, almost like raw jungle honey. Chica rapé delivers a warm and steady push that lasts for many hours; after taking Chica conversation and humor appear naturally. My work with Katukina Chica rapé feels like a rebalancing and cleansing.

Rapé has allowed me to see the many aspects of my unconscious, ground more deeply, and connect with my body. Yawanawá Tsunu Forte went further; it facilitated a connection with the celestial dimension through which I can find clear guidance. Yawanawá Tsunu Forte has rewarded me with moments of bliss and released blocks to my relationship with the divine. My life is more prosperous with Tsunu Forte; I am further down the road of my journey towards enlightenment.

I love the Tsuni rapé from Shamanic Supply. It has a powerful clearing effect. It helps me stay in the moment and shakes off unwanted energies quickly.

I use Kuntanawa Louro for my back pain. Not only is it effective in relieving my pain, but it also grounds me. Even though my back has healed, I continue to use Louro; I have added other varieties for meditation and connection to spirit.

Yawanawá Tsunu Forte has been an incredible teacher in grounding, centering my energy, and breathing into every fiber of my being. This powerful rapé helps me to focus and come into alignment.

After working with Kuntanawa Ayawaska rapé. I noticed being more 'present,' almost as if I were in a ritual or meditation.

The Katukina Cacau rapé connects me to my higher self and makes it easier to show myself the love I often forget throughout daily life.

It’s also highly grounding and gets me out of my head and into my heart.

I find Shamanic Supply's rare Osha rapé to be very special. It is mild on administration but effective in results; it helped me clear my head and uplift my sense of well-being.

I am a daily user of Katukina Murici, which is my saving grace. The insights gained from this plant teacher are invaluable! It helps me shake off and integrate anxiety, fear, uncomfortable emotions, and negative energies. I feel empowered knowing that I have a friend to turn to when I need support. Thank you!

Yawanawá Tsunu Forte has been an excellent conduit for meditation, introspection, and lucid dreaming. With the help of Tsunu Forte, I have been able to transmute much of my suffering into compassion.

I am grateful to the wisdom of indigenous peoples and their blessings to help me grow stronger through some of life’s inevitable adversity.

I have explored many types of rapé, but my favorite is Yawanawá Tsunu Forte. During meditation, Tsunu Forte grounds my energy and finds a solid connection; it is helping me to heal my inner self!

After trying many different varieties of rapé, I have found the Nukini's Nukini rapé to produce profound results in my daily meditation. Nukini rapé helps me focus my mind and have clear intentions and results in my personal and professional life. Om Namah Shivaya.

Rapé has been one of the most transformational and potent tools in my evolution. rapé has centered me and aligned my energy, opening my sensitivity to the powers of nature, the messages in my dreams, and to my own body.

I have tried rapé from many other sources, but the rapé from Shamanic Supply is the cleanest and most potent. Thank you so much!

I am new to rapé, and I have found that the Yawanawá Força Feminina is gentle and powerful. It helps me to clear stress and anxiety and settle my mind. After using it, I immediately experience a brief sense of euphoria, which resolves into a calmness.

I have been using Yawanawá Veia de Paje for more than a year. A lump on my foot disappeared, I feel lighter, and my circulation is better than ever. I am delighted with Veia de Paje; it is simply amazing.

Shamanic Supply’s Katukina Bashawa is my favorite rapé. Bashawa stands out for me; It calms, clears my head, and elevates my mood.

Yawanawá Menta and Kaxinawá Seven Herbs rapé have been beautiful additions to my self-care routine. They help me ground myself, focus, and set intentions for the day. The Menta has an invigorating scent that I love!

I have found that incorporating Yawanawá Mulungu rapé into my evening meditation has been beneficial for my depression and PTSD.

The Mulungu has helped guide me into a more meditative, relaxed, and safe space to close out my day and allow for better sleep.

Tsunu Forte rapé allows me to feel grounded and safe while exploring my spiritual work on this journey called life.

I'm very grateful to Shamanic Supply for access to th

I do much of my spiritual work within dream time. During my evening meditation, I sit with Kuntanawa Jibóia rapé, preparing my mind and body for sleep. Jibóia rapé helps me let go but not forget who I am. With the help of Jibóia, I can get much Spiritual work done each night.

I have learned to quiet my mind with rapé; Yawanawá Veia de Pajé is my favorite for this work because it is both powerfully grounding and heart-opening.

I suffered from anxiety attacks, and I experienced challenging sleep problems. Within four days of taking rapé, I felt a sense of well-being and peace previously unknown. I rarely write testimonials for anything, but I feel compelled to do so by my results.

Seven Herbs rapé has become a friend; it has a beautiful fragrance and unique effects. Kaxinawá's Seven Herbs assists me when I feel overwhelmed or anxious, and it clears the low energies which may have crept in. Thanks for this gift! 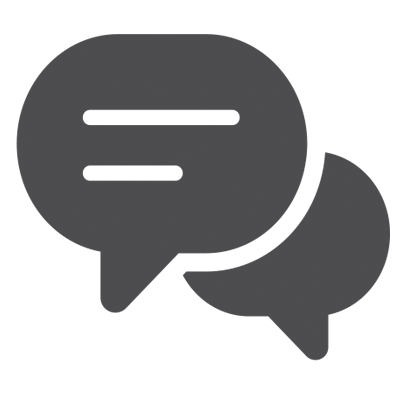 Would you like to add your voice to the conversation? Send your testimonial to: simon@shamanicsupply.com